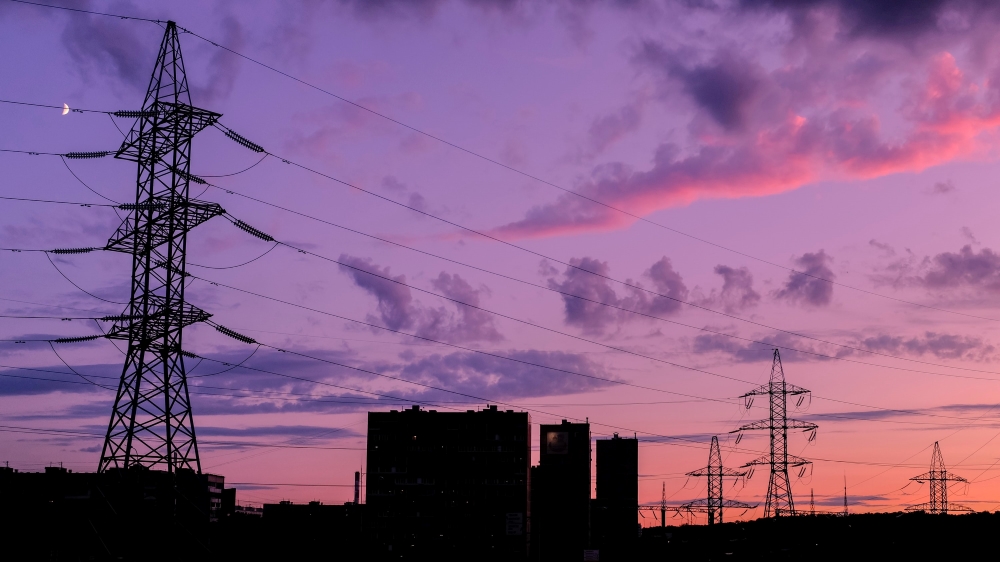 We frequently refer to “the grid” when discussing energy, but how exactly can it be defined, and how is dcbel poised to add a new layer to the system?

A power grid refers to the network that serves consumers with electricity. The key links in the chain include power stations and generating plants, electrical substations, transmission lines and distribution transformers.

When we say that a dcbel Home Energy Station is a grid-connected device, we mean that it is able to draw power from your utility service like any other plug-in device in your home.

The kind of energy that flows through grid infrastructure and into our homes is called alternating current (AC). AC power became standard around the turn of the century because of how scalable it is.

The reason why the grid evolved as it did (with tall transmission towers stringing miles of electrical wire) is because AC power can be transported long distances with great efficiency at high voltage. It is only stepped down to safer voltage levels as it reaches the end user.

In this article, we’ll describe the main components of the US energy grid in detail and unpack the consequences of an aging grid.

In the US, steam turbines are widely used to produce electricity. These large machines are connected to generators and contain dozens of blades that spin at 1,800 or even 3,600 revolutions per minute.

Getting these turbines up to speed requires super-hot water vapor rising into them, which expands as it cools and releases energy that moves the blades. The source of heat that produces the steam is what determines the sustainability of the electricity that’s subsequently generated.

There are renewable and non-renewable sources of thermal energy used in this industry. Around three fifths of energy in the US is produced by burning fossil fuels like natural gas and coal, while one fifth is generated from renewable sources like wind, solar and hydroelectric dams.

Power plants tend to be located large distances away from the point of final consumption. When power is generated, a transformer steps up the voltage for transmission through a vast network of interconnected power lines.

How large are these networks? There are roughly 600,000 miles of transmission lines in the US, and just two wide area synchronous grids covering most of the US and Canada. The dividing line between the Eastern and Western Interconnections sits along the Rocky Mountain states, with almost every province and state served by one of the two mega-grids. The exceptions are the Canadian province of Quebec and the state of Texas, which both operate their own power grids.

Leveraging vast interconnections leads to pooling of resources, which helps lower generation costs while making it easier to balance energy supply and demand. In the event of a major outage or disturbance, a unified grid is more robust.

The US power grid as a whole is often referred to as the world’s largest machine, as it serves nearly 400 million consumers across the continent.

As they approach denser areas, thick high-voltage transmission lines connected by tall metal towers start to give way to ordinary electrical wires strung together atop wooden poles. There are nearly six million miles of local distribution lines in America.

Electrical substations in your jurisdiction lower the voltage of incoming power as it approaches its destination.

Regional operation of the grid, along with balancing supply and demand, is handled by utility companies or regional transmission organizations in areas that have these.

Distribution transformers are found at the end of the chain. These canister-shaped pieces of equipment can often be seen from your window, perched atop a nearby utility pole. In some cases, wiring is laid out underground instead.

Distribution transformers provide the final voltage transformation, converting a current of several thousand volts into 240 volts that will be fed directly to your service panel and used to power your home.

Is our aging grid being cared for?

A lot of the physical infrastructure that makes up the grid is nearing the end of its useful life, including transmission and distribution (T&D) lines, 70% of which are well into the second half of their lifespans. Investments in transmission system upgrades have increased over the last decade, spurred in part by the proliferation of wind and solar. On the distribution side, investment in overhead poles, wires, devices, and fixtures such as sensors, relays, and circuits has risen by 69% over the last ten years.

Despite this, the American Society of Civil Engineers gave the country a C- grade in its latest energy infrastructure report card. It calls for more consistent federal policies to address T&D reliability, with a focus on disaster risk mitigation. The group would also like to see more policies that factor in technological advancements, renewables and distributed generation.

That last point deserves a deeper dive. Distributed generation involves rethinking our energy grid and putting consumers at the center of the electricity delivery ecosystem. Along with the top-down approach to electricity distribution that has been in place for decades, the grid could also be built to support a two-way model whereby homeowners with solar panels and electric vehicles (EVs) that have energy to spare can contribute to the grid’s energy pool and be compensated for it.

The Department of Energy describes microgrids as “localized grids that can disconnect from the traditional grid to operate autonomously.” When enough distributed resources are in place, communities can keep the lights on even if the wider grid around them fails. This is where dcbel’s Home Energy Stations come in as devices that can tie disparate energy sources together and automatically manage energy that enters and leaves your home.

The grid is undoubtedly evolving as more and more Americans adopt solar power and EVs that can decrease their reliance on utilities. Saving energy and reducing everyday costs are both possible. While we can’t control when bad weather strikes and damages grid infrastructure, we can be more prepared by investing in a more resilient network.

Photo by Alexander Popov on Unsplash