Snow problem: How do solar panels fare in winter? 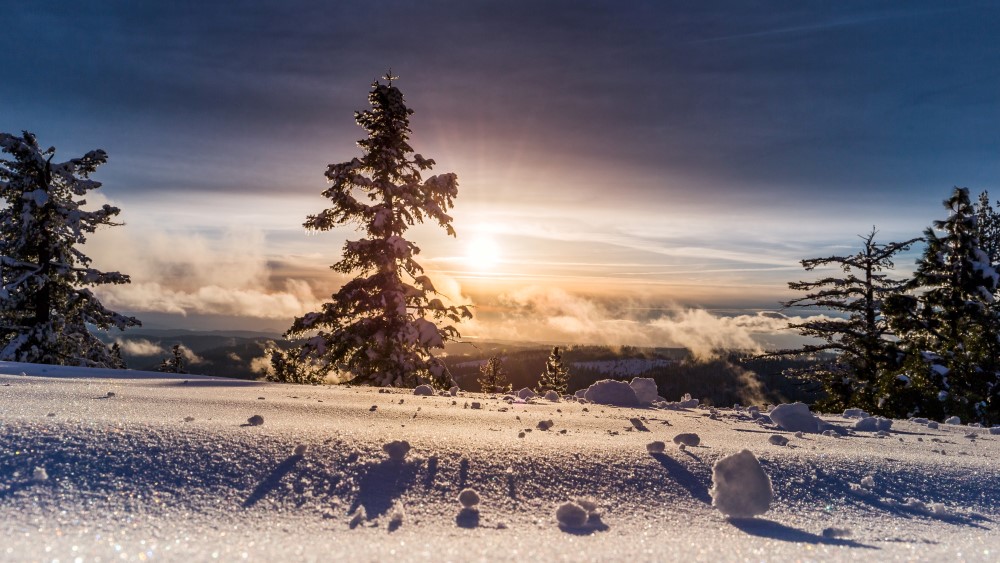 Northern areas of the country enjoy less sunlight than southern regions, but homeowners in colder climes continue to embrace residential solar power with success. Skeptics should consider that Germany, a country with less photovoltaic potential than the US, is the fourth-largest producer of solar power in the world and the top producer in Europe. In Frankfurt, a city with one of the highest residential solar adoption rates in the country, a home may produce just 30 kWh of solar energy in December. In contrast, a home in New York City could produce as much as 83 kWh during that wintery month.

Let’s look at some of the myths surrounding the efficacy of solar energy production during winter and reveal the truth of solar panel ownership in snowy areas using real-life examples.

What effect does winter weather have on solar panels?

Cold temperatures are a non-issue. In fact, solar panels perform better the colder it gets. Conversely, they produce less electricity as temperatures soar past 77 degrees Fahrenheit.

Solar panels produce energy by leveraging sunlight to excite internally stored electrons. Output is maximized when ambient temperatures are cold and the electrons are in a relaxed state; hot solar panels pre-excite the electrons and render the process less efficient. The degree to which this phenomenon happens is known as a temperature coefficient, and is listed on the manufacturer’s data sheet for your solar panels.

Cloud coverage can be problematic. While overcast skies can prevent direct sunlight from hitting solar panels, there’s still the opportunity to capture indirect solar radiation that infiltrates the atmosphere. Solar panels are adept at converting as many light photons into energy as possible, even those that are reflected off clouds or bright snow.

Snow that covers solar panels will reduce their power output, but there are a few factors that minimize this effect. Remember that solar panels are smooth surfaces that warm up slightly during operation, which reduces accumulation. They are also usually mounted at an angle that faces the sun, speeding up the melting process.

A five-year study led by the Northern Alberta Institute of Technology concluded that snowfall results in a 3% energy loss on average, far less than what many in the industry had predicted. During the experiment, six pairs of solar modules were mounted at various angles, and snow was routinely removed from only half of the panels. The data revealed that a 45-degree mounting angle worked best for panels with snow accumulation.

Homeowners can attempt to gently clear snow from their panels with a soft brush if they want to extract as much performance as possible during the winter, or hire a professional to do it for them. Would Tim Matthews, one of the leads on the study, recommend doing this? “Heck no. It’s just not worth it for the minimal gain in power efficiency from a snow-free solar system,” he said.

From November to February, the days are short and solar irradiance is at its lowest. But very dark days with intense snowfall happen just a handful of times – a drop in the bucket when considering yearly production stats.

If net metering is in place in your jurisdiction, the excess energy you produce during the summer will earn you credits on your utility bill. This could significantly reduce the cost of using grid power whenever necessary during the winter.

The town of Syracuse, New York is one of the snowiest in the country. It sees an average of 115 inches of snow annually. The area is also turning into a hotspot for solar power, as demand for renewable energy increases due to state initiatives.

In May of 2020, several solar farm developers proposed six separate projects with a total capacity of 25 megawatts. Some of the electricity will be resold to wholesale power suppliers that will reserve it for peak demand periods, but most of the output will serve community solar projects.

Community solar allows residents to enjoy the benefits of net metering without installing solar panels on their roof. They simply pay a subscription fee to their local solar farm developer and begin to receive credits on their utility bill that reflect the amount of solar power produced by their share of the project. According to the New York State Energy Research and Development Authority, the arrangement results in consumers paying less than they normally would for their electricity.

Minneapolis residents are also accustomed to lots of snow. In suburban Eden Prairie, accumulation averages 51 inches per year. Homeowner Amy Martin lives there, and spoke to CBS affiliate WCCO about her experience with snowy solar panels. “Within two days it’s usually gone,” she said, adding that light dustings of snow don’t stick at all. News reporter Heather Brown explained that once sunlight pierces through a corner of a snow-covered solar panel, it creates a ripple effect that melts the rest away fairly quickly.

Martin acknowledged that her solar panels fall short of fulfilling her home’s electricity needs two months out of the year. In January, her panels’ output is typically half of what it would be in June. But during the rest of the year, they produce more than necessary, and net metering credits negate the cost of her home’s grid power consumption during the winter. Thanks to this, Martin said going solar was “absolutely worth it.”

Finally, we visit Ed Haemmerle in New Jersey. Haemmerle is the president of NJ Renewable Energy, a solar installation company. In a YouTube video, he explained the pros and cons of using a snow rake to remove dense, wet snow from rooftop solar panels. When Haemmerle evaluated the home’s energy production data for January, he found that snow accumulation caused two prolonged power shortages: one lasted two days and the other, six days. He calculated that the cost of these losses amounts to around $4 per day, echoing the findings of the study out of Alberta referenced earlier. However, that study also noted that the angulation of the panels made a big difference.

At the home Haemmerle visited, part of the roof is angled at a nearly flat 15-degree slope, which is less conducive to snow dispersion. Also, other sections of the roof are facing east and west, further hampering natural melting that would occur with south-facing arrays. For these reasons, Haemmerle concluded that using a solar panel snow rake to safely displace thick, stubborn snow could be worthwhile. He reviewed a model with a 23-foot telescoping pole and demonstrated the proper usage technique, which involves raking snow away in sections, starting from the bottom of the roof and moving upward.

When the days are short and Jack Frost makes his presence known, it’s good to know that solar panels can withstand the harshest elements. Cold ambient temperatures are ideal for solar power production. While overcast skies and snow can impede power production, in most cases the effects are slight. When evaluating residential solar, it’s key to think of energy production over the course of a whole year. In states with net metering arrangements, a solar power production surplus can be sold back to the grid. Such credits could provide an incentive to install solar panels even in the snowiest corners of America.

To learn more about residential solar, check out the other articles in our series.

How long does it take for residential solar power to save you money?

Ready to go solar? Here’s what you need to know before you buy

You picked your panels – how do you finalize and install your residential solar system?

What to expect after your solar installation

Photo by Denys Nevozhai on Unsplash

What to expect after your solar installation

Snow problem: How do solar panels fare in winter?