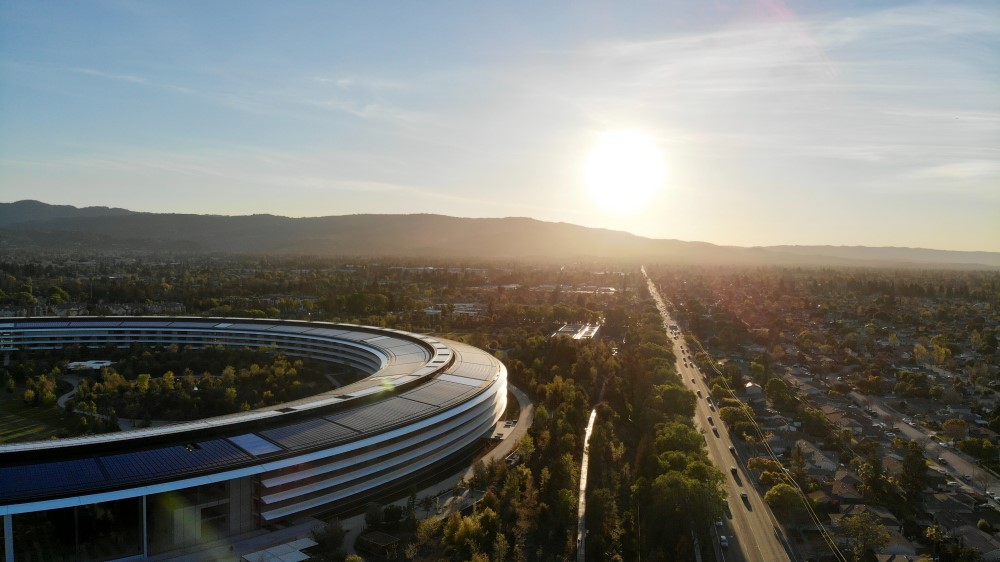 What ties our entire built environment together? Energy – and lots of it. The kind of energy future we transition towards today can have a big impact on our environment in the coming decades. So what are society’s main actors doing to lower their carbon footprint and make smarter energy choices? Consumers, corporations and governments can all influence the adoption of renewable energy. In this series, we’ll take a look at how each group is making progress in this regard as well as what more needs to be done. First up: corporations.

Today’s corporations can be truly massive. The top five American companies are transnational behemoths: Apple and Microsoft are worth over $2 trillion, Google and Amazon are not far behind, and Facebook rounds out the group with a market capitalization of $915 billion. By comparison, only around 15 countries in the world have GDPs that outrank the value of these corporations. The rest of the 100 richest American companies are each worth tens of billions of dollars. Considering the amount of people they employ, as well as the offices and equipment under their stewardship, these large companies can be viewed as countries in their own right.

What they have committed to

Clearly, these largest of the large US conglomerates have been successful at making money. So how do they promote sustainable energy usage? Let’s look at the clean energy commitments of the top five US companies mentioned earlier.

In 2018, Apple claimed that its global facilities were all powered by clean energy. The statement is somewhat misleading, as many of its stores are powered by ordinary grid energy, which is produced from a mixture of sources. What Apple has actually done is offset all instances of non-renewable energy usage by purchasing green bonds and investing in long-term renewable energy contracts. However, the company does ensure that newly-built facilities like its headquarters and data centers run on renewable energy. At the time of the announcement, Apple had 25 renewable energy projects online and an additional 15 under construction. In total, these will generate over 1.4 gigawatts (GW) of clean energy across 11 countries.

Google, Amazon, Microsoft, Facebook and other large companies have similar energy offsetting policies in place. In June 2021, Amazon announced it had become the largest corporate buyer of renewable energy in the US and the world. According to the Renewable Energy Buyers Alliance, Google and Facebook also made big splashes that year: the former company procured over one GW of renewable energy in 2020, while the latter purchased 725 MW. Most large American companies have some form of environmental mandate that involves a significant transition to clean energy within the next few decades.

Microsoft made headlines in 2020 for its commitment to go a step further and become carbon negative by 2030. To do this, it is putting increased pressure on energy providers to infuse more renewables into the power grid. A year later, the company revealed that it managed to reduce its carbon footprint by six percent, and admitted that its green energy offset initiatives were best for small short-term gains. The company continues to fund research into carbon-capture technology necessary to achieve its loftier goals.

Many large companies have good intentions when it comes to taking action on climate change. But the line between the ways they reduce their energy usage versus they ways they offset their usage as a means of justifying more consumption is blurred. Reducing energy consumption in the first place is one of the most impactful ways they can help reduce greenhouse gas emissions.

To that effect, Walmart, the world’s largest retailer, installed over 1.5 million LED lights in its stores, a move which saved the company over $100 million in energy costs. The Home Depot has also doubled down on energy efficiency in its stores through lighting and HVAC updates, which resulted in a 26% decrease in energy consumption from 2010 to 2018. Nike reduced energy required during finished goods manufacturing by six percent since 2015.

For those companies, growing their business while saving energy was possible. These achievements should serve as inspiration for all corporations because they focus on actions that make the core functions of their business more sustainable in a way that purchasing offsets do not. Such transparency keeps companies accountable.

When a company’s bottom line exists in a vacuum, the wellbeing of people and planet can easily fall to the wayside. This is where a triple bottom line comes in. By forcing executives to weigh the impact of their actions through the lenses of environmental protection and human wellbeing as well as profit, a company’s priorities can change for the better. This accounting framework allows eco-friendliness to be taken as seriously as issues which involve monetary projections. Microsoft initiated a policy along these lines recently: progress on sustainability goals became a factor in determining executive pay at the company.

As we have seen, corporations partake in a smattering of sustainability initiatives. Recently, clean energy investing has become more popular as a way for companies to offset any carbon-intensive energy use. These investments have real-world implications, like the enablement of community solar installations in rural areas that have historically lagged in green energy development. But owning their energy efficiency and ecological accountability ought to be the main focus of any corporate sustainability program because it will prompt companies to use their influence to spur local energy market and policy changes.

How does your employer stack up?

How focused is your company on sustainability and energy efficiency? One tactic you can use when broaching the topic with your employer is to demonstrate how the benefits of green energy can fall in line with their mission and corporate goals. Commercial solar panels, for instance, can enhance corporate reputation, cut down on long-term overhead expenses, and offer protection from fluctuations in energy prices. Johan Cruijff Arena in Amsterdam, with its solar panels, energy storage and vehicle-to-grid technology, offers great examples of ways that businesses can integrate renewable energy in ways that directly benefit their surrounding communities.

New solar panels on the block