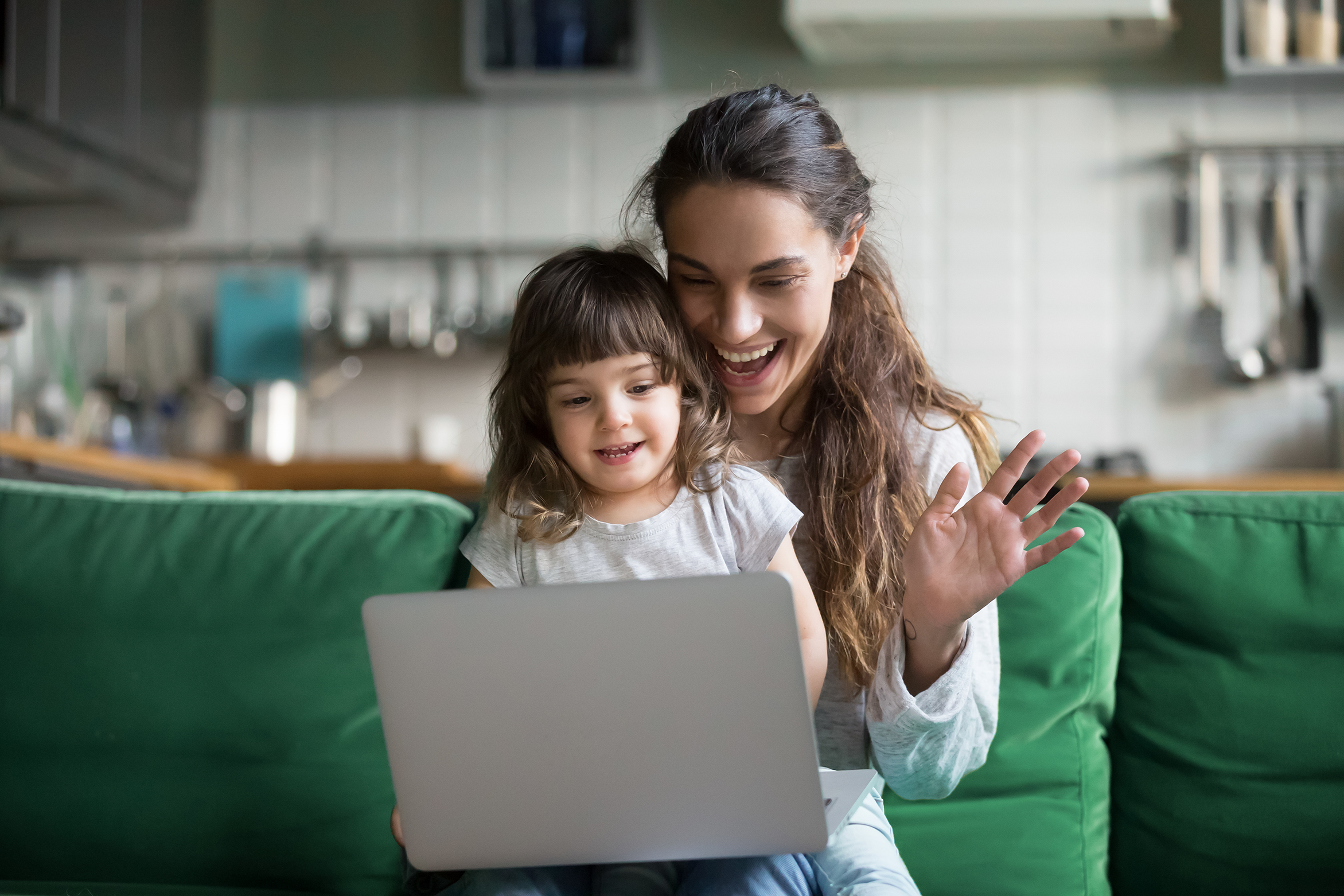 Let’s talk for a few minutes about Operating Systems (OS)— Windows, MacOS, Linux, Android, iOS, and so on—many of which have become indelibly associated in our minds with their corporate progenitors and have attained “household name” status over their respective lifetimes and ours. We intend to introduce a new name to your household today, but first: May we come in?

Giving Props to the OS

Though it is hardly the type of thing most us spend a great deal of time thinking about, we all encounter one or more operating systems throughout the course of our daily activities:

We tend to not even give the lowly OS a second thought. We just know that if it weren’t there on our computer—toiling away thanklessly—nothing would work. (And lunch would just not be the same!)

Yet, an operating system is the single most important software that runs on our computers:

At dcbel, we know that managing your energy ecosystem properly—delivering optimum efficiency and yielding maximum savings—can be an equally complex and daunting task.

There are many conditions to evaluate, micro-decisions to make and actions to be taken at every second. Ensuring that these decisions are made intelligently and backed by data can make a material difference to your utility bill. You wouldn’t buy a computer without an OS so why should you settle for less when it comes to your energy technologies?

As the innovators behind dcbel™, the world’s first Smart Home Energy Appliance, dcbel transports the robust functions of an OS from the computing world into the world of home energy management with Orchestrate™ OS, 100% built from the ground up by our team of experts.

What is Orchestrate™ OS?

Orchestrate™ OS is the proprietary operating system developed by dcbel that uses AI-based analytics to learn your energy use patterns and adapt its decision-making to your specific life.

As an integral component of the dcbel system architecture—along with the dcbel™ unit and our proprietary Chorus IoT platform—Orchestrate™ OS allows the deployment of applications (APPs) to provide a variety of different services or analytics as a Local APP or Chorus Hosted APP: 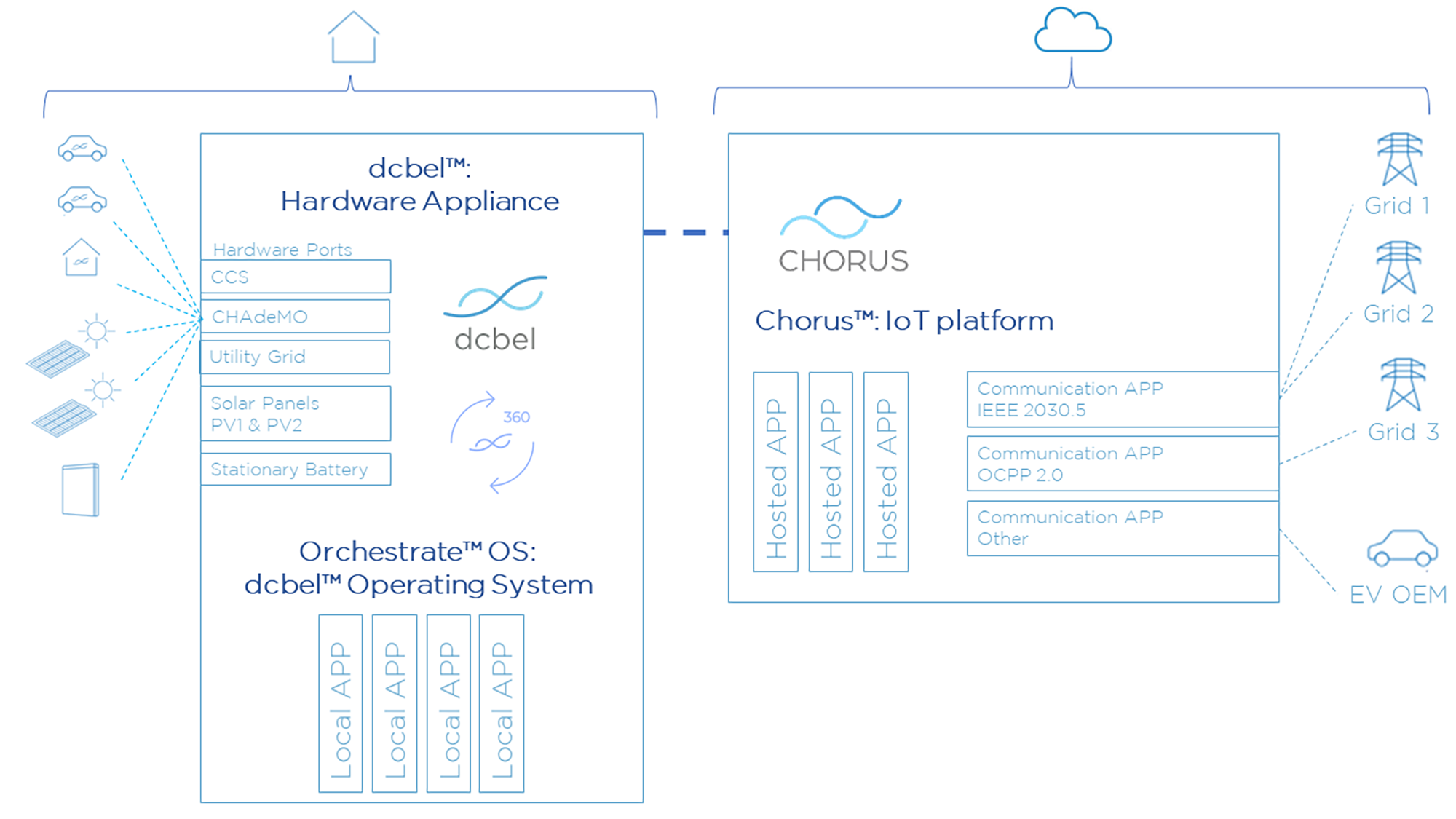 Running data transactions locally (instead of in the Cloud) can reduce data costs by more than 60% and deliver enhanced reliability over traditional cloud-only or blockchain platforms.

If it seems like Orchestrate™ OS is managing thousands of little moving parts, that’s because it is. Orchestrate™ OS is designed and created by considering every relevant energy parameter, down to the most minute detail, to ensure the complete and accurate computation and optimal efficiency of your energy ecosystem.

Here are just a few of the local apps made available with Orchestrate™ OS, with several more under development:

The optimizer considers all the above forecasts, as well as micro-weather forecasts, EV usage patterns, battery state of charge, other Distributed Energy Resources (DERs) availability, and generates the following key output schedules:

What’s a Smart Device without Apps?

The dcbel™ App Store (coming in 2021) is a digital distribution platform, developed and maintained by dcbel, for approved external apps that add features and functionality to your system and integrate directly with Orchestrate™ OS.

Do you have an idea for a dcbel™ APP? We’d love to hear from you!

0Shares
Next
The Endless Possibilities of Mobile V2X

Specifications are subject to change without notice.
Some functionalities may not be available in your area.
Proprietary, All rights reserved, ©️ Ossiaco Inc. 2021.