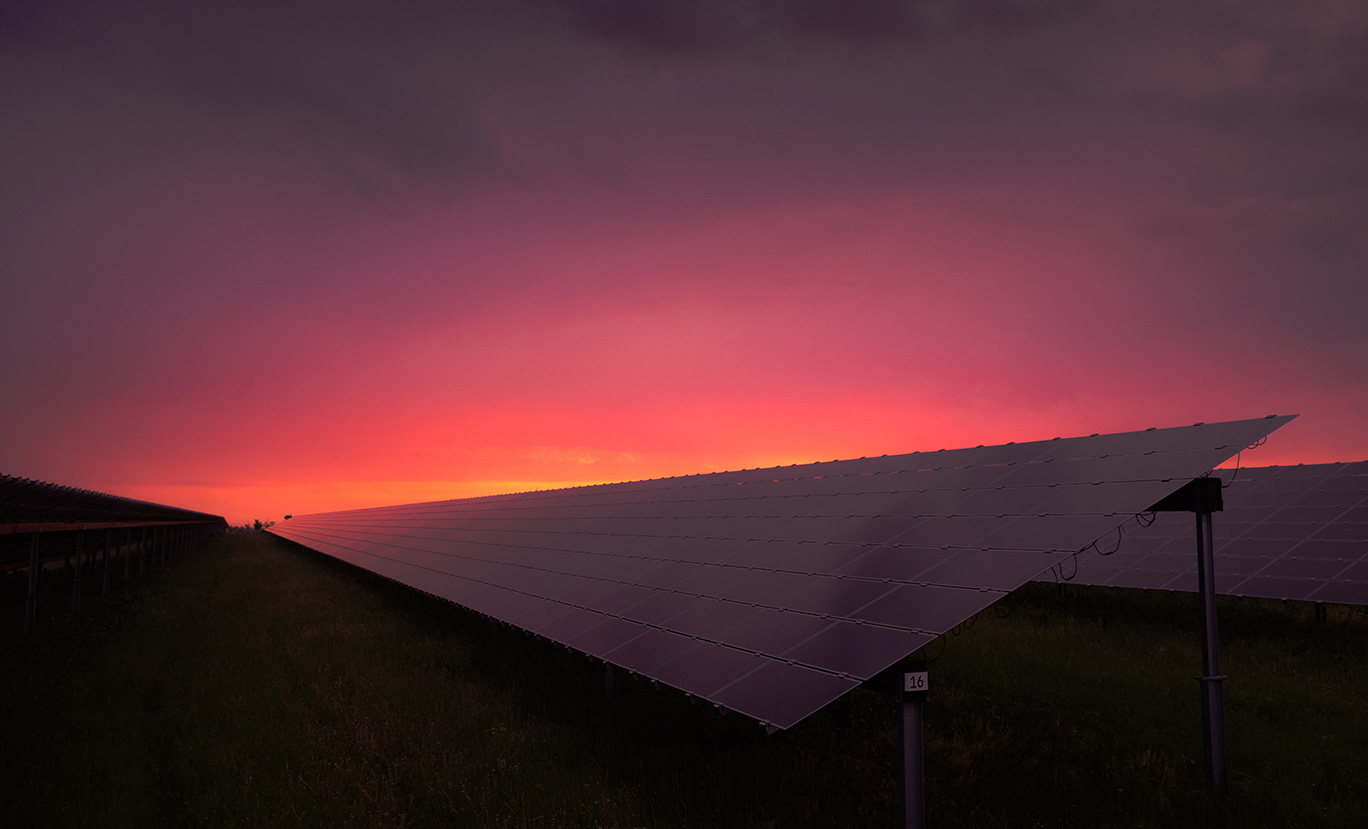 Solar energy is making new leaps every day, achieving accessible costs and increasingly powerful results. As we develop a new clean energy economy, it has captured the imagination of inventors and entrepreneurs around the world. Here are three solar innovations from the Philippines, Germany, and India that go beyond rooftops.

The story of AuREUS sounds like a sustainability fairy tale: food waste converted into a material which converts ultraviolet light into electricity. Inspired by the northern lights, the material uses luminescent particles derived from fruit and vegetable dyes. The particles absorb and re-emit light along the edges of the material, where photovoltaic cells capture the light and convert it into electricity.

The 2020 Sustainability winner of the James Dyson Award, AuREUS is the invention of student Carvey Ehren Maigue. One promising use case for the material is to cover windows on large buildings, transforming them into “vertical solar farms.” A promising aspect of the technology is the AuREUS material’s ability to capture small amounts of UV light through cloud cover or reflected from nearby surfaces, generating energy without direct exposure to sunlight.

Sleeping Pods to Protect the Homeless

The city of Ulm, Germany has an ongoing pilot study that addresses the problem of alternative shelters for its homeless population. The result of this study is the Ulmer Nest, a sleeping pod intended to be used as an emergency shelter in cold weather. The pods are insulated and include solar panels to offset the electricity used to heat the interior.

Sensors inside the pod monitor temperature, humidity, and carbon dioxide levels. Additional sensors track the usage of the pods to ensure that they are professionally cleaned and maintained between uses. Hygiene, safety, and dignity are just a few of the design challenges driving this project. Recent versions of the pods are even connected to the city’s wireless network.

Solar Canals to Save Space and Connect Communities

An ongoing project since 2012, solar panel installations on India’s extensive network of canals have become a common sight. According to this recent BBC article, the network of solar panels facilitates electricity generation and distribution for rural communities previously cut off from the power grid.

In addition to saving land, the solar panels offer advantages as they lower the evaporation levels of the canal and limit the growth of toxic algae. But there are challenges in constructing solar panels along natural waterways as apposed to flat land. In addition to the architectural hurdles, the costs of cleaning and maintenance of the panels are also higher as they are more difficult to access. Similar to the aforementioned AuREUS project, India’s solar panel installations offer an insight into an alternative solar infrastructure.

Solar energy is about more than just renewable clean energy. It also represents a fundamental shift in the way we look at our planet and interact with it. These innovations are compelling because they represent new ways of thinking about solar energy’s potential to solve existing problems and to improve lives.

Photo by Karsten Würth on Unsplash