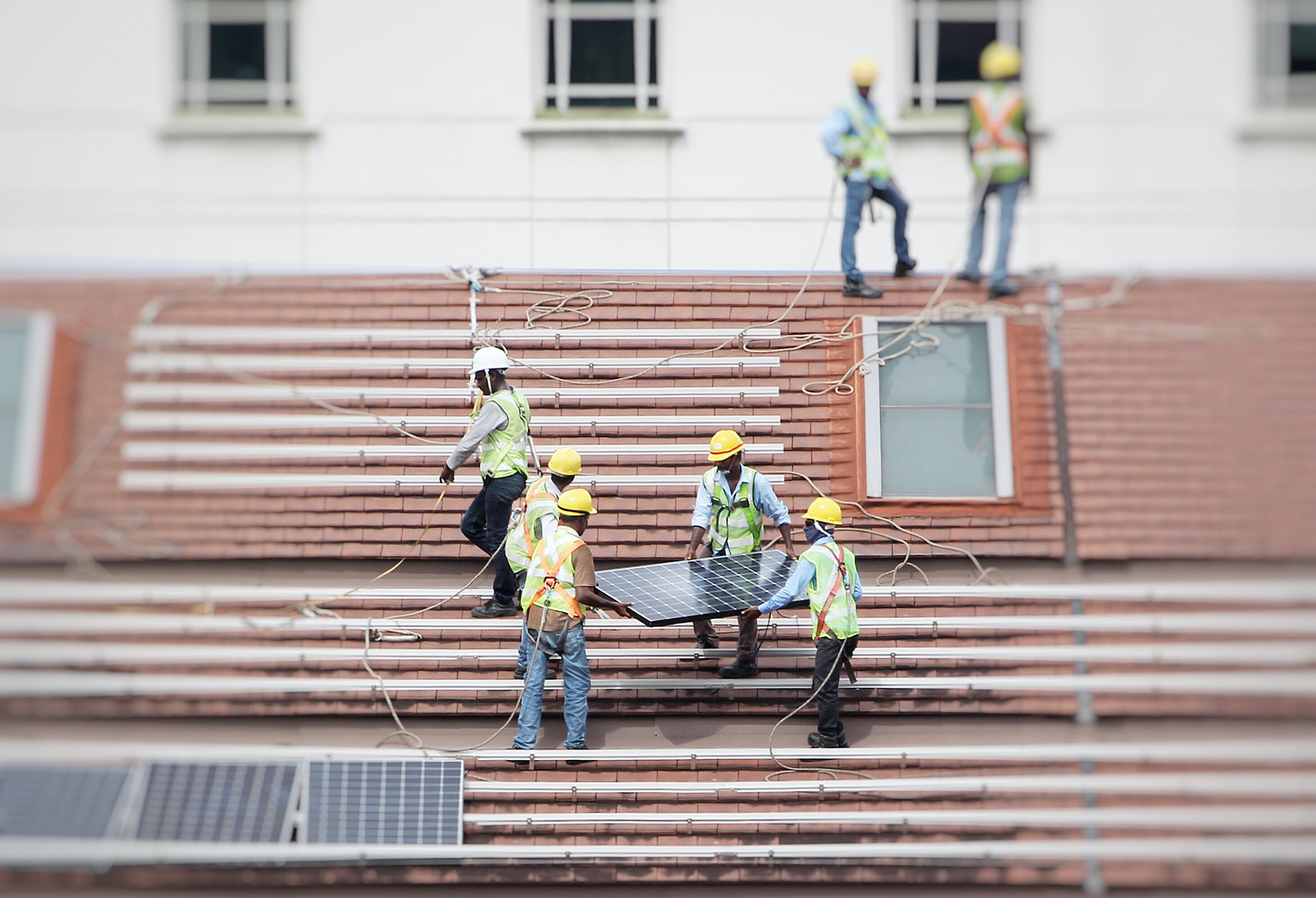 Even though solar panels and storage batteries are not a common feature of most homes today, their environmental and economic impact is driving homeowners towards their adoption. Photovoltaic panels are becoming thinner and cheaper and the underlying technology is becoming more energy- and cost-efficient.

One of the challenges of adopting solar energy for household use is the conversion of electricity. The electrical output of solar panels has to be converted into a current that can be used by your household outlets and backup battery. Choosing the right solar inverter can maximize the amount of usable energy from a residential solar system.

An inverter is a device which transforms the current of your solar panels from Direct Current (DC) to an Alternating Current (AC) which can be used by your household outlets. One example of an inverter is the inexpensive cord that plugs into your car’s auxiliary power outlet to charge your phone. Solar inverters are an essential part of a residential solar energy system, a gateway between the solar panels and your household outlets.

In addition to an inverter, a typical residential solar system also requires a rectifier to charge a backup battery. As opposed to an inverter, a rectifier is a device used to convert an Alternating Current (AC) into a Direct Current (DC) by forcing the current to flow through the device in a single direction. Rectifiers can prolong the life of your storage battery, avoiding unnecessary damage from charging and lowering the possibility of overheating and malfunction.

In the near future, the sun will power your home which will power your car. And bidirectional charging will allow your electric vehicle to power your home. Every solar panel and stationary energy storage battery needs an inverter and rectifier to facilitate the transfer of energy between solar panels, backup battery storage, and household outlets.

As more people generate solar energy and store their own backup power, the role of inverters and rectifiers will take on increasing importance. This includes a scalable, future-proof design to accommodate the future purchase of an electric vehicle, a larger backup battery, or renovations which increase the energy needs of your home.

Photo by Justin Lim on Unsplash