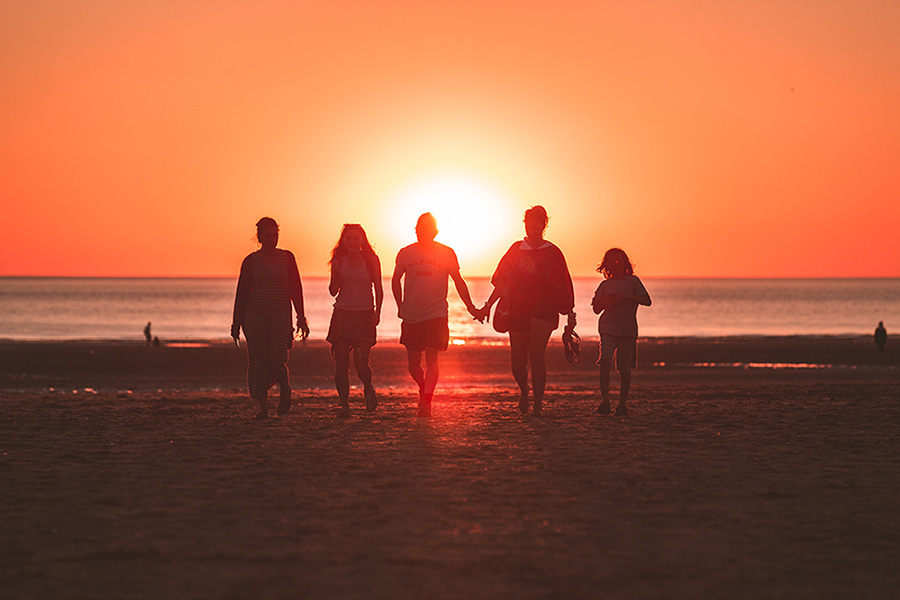 The question of solar energy subsidies can be divisive. Some believe that subsidies are intended to encourage—not sustain—adoption of an innovative technology. There is a history of incentivizing consumer behavior to reduce energy demand. In the 90s, utilities provided cash rebates for customers who purchased energy-efficient appliances designated under the “ENERGY STAR” program. As energy-efficient appliances became the standard, the subsidies were no longer required.

Alternately, there is an argument that governments should continue to incentivize clean energy beyond the point of cost parity with other forms of electricity, in order to protect the environment for its citizens. There are clear economic incentives in subsidizing clean energy technology. The air pollution caused by generating electricity negatively impacts the U.S. economy.

Some estimates place the annual impact of air pollution on the economy at $790 million (2014). The primary reason for this economic impact comes from negative health consequences and premature mortality associated with air pollution. This leads to lower participation in the labor force and increased health care costs.

Subsidies are not the full story

Subsidies are not the only factor affecting the adoption of residential solar energy. Legislation which aims to lower carbon emissions, a growing sense of climate sensitivity in public discourse, and the effects of remote work which sees more professionals investing in their home are pushing solar energy into the mainstream.

Residential solar energy has become increasingly popular and economies of scale continue to lower the price of the underlying technology. In addition to lower prices, this technology is also becoming more efficient, creating greater value for consumers. At the same time, the technology behind electric vehicles and stationary storage options is also becoming cheaper and more effective. The notion of shrinking one’s carbon footprint and adopting a net-zero lifestyle is becoming a distinct possibility.

While new technologies may require subsidies to catalyze their adoption, it appears that economies of scale are creating a path towards mass market acceptance of solar energy. There is proven value in the residential solar industry and it may be mature enough to survive without subsidies. But while it may survive, will it continue to grow at the same pace without incentives?

According to a report by the National Renewable Energy Laboratory (NREL) there was a 64% reduction in the cost of residential solar energy systems from 2010 to 2020. The study attributes the steep reduction in cost to cheaper hardware. This includes the solar panels themselves as well as solar inverters which convert the direct current (DC) generated by solar panels to alternating current (AC) used by household outlets.

Solar panels themselves have decreased in price by 85%. The improvements and efficiency of residential solar hardware has also had an impact on the soft costs of installation. Since solar panel efficiency has reduced the number of panels required to construct a system of a given size, direct labor and installation costs also declined.

Why is the cost of residential solar technology declining?

Ramez Nam attributes the continuing decline in cost for solar energy to Wright’s law. While his work focuses on commercial solar projects, there is a similar effect in residential solar technology. Named after Theodore Wright, the law is better known by the everyday term of a “learning curve.” When applied to technology, such a learning curve dictates that the progress of innovation increases with experience.

As the price of both commercial and residential solar technology declines, it becomes more competitive with traditional forms of electricity. These economic forces are shifting the energy world in favor of solar. But there are still many soft costs to consider with regards to residential solar energy, including permits, engineering, labor, and lifetime maintenance.

There are also secondary concerns when it comes to energy storage and backup power. As electric vehicles gain popularity in tandem with solar energy, there is a chance vehicle-to-home integration and bidirectional charging will allow both industries to work together to lower the carbon footprint of our transportation and electricity consumption.

The computer scientist Alan Kay said that “Technology is anything invented after you were born.” While residential solar energy and electric vehicles are still considered innovations, future generations will see them the way we see appliances and cars: a part of everyday life.

Photo by Kevin Delvecchio on Unsplash

Will installing an EV charger increase the value of your home?