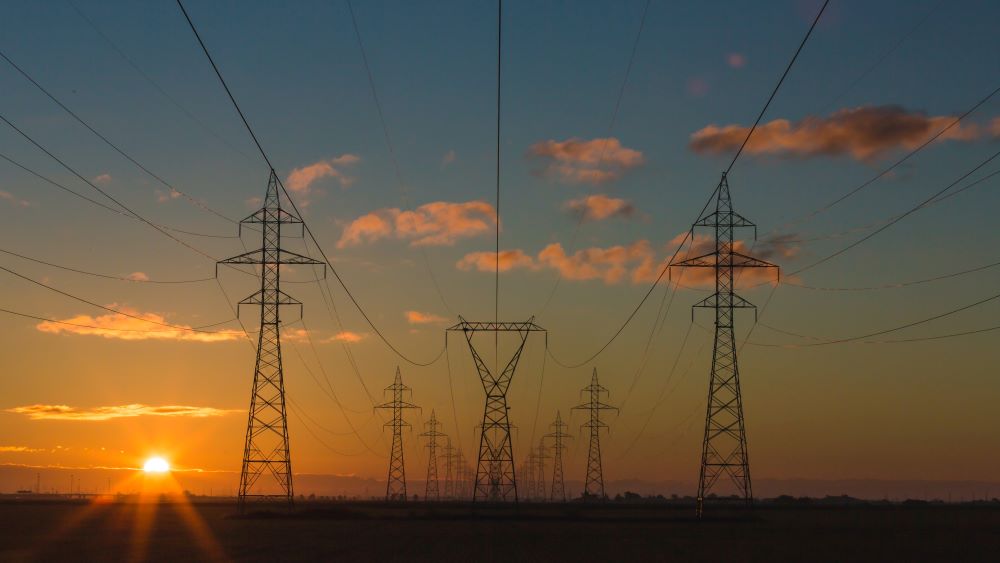 There are two types of electric current, and both are equally deserving of your attention. That’s because alternating current (AC) and direct current (DC) both play such large roles in our everyday lives. Curious about what differentiates the two? We’ll break it down for you.

From our internal glossary:

With direct current (DC), the electric charge only flows in one direction, while the electric charge in alternating current (AC) changes direction periodically. Electronic devices operate with DC. Homes are wired in AC. Electricity is mainly transported in AC. Therefore, AC and DC need to be transformed to work together.

A tale of two currents

There was a time when DC was standard in the US. Developed by Thomas Edison, DC was mainly used to power incandescent lamps (another Edison invention) in homes during the 1880s. However, the technology was not as scalable as AC, which was perfected by one of Edison’s employees: Nikola Tesla.

DC (left) is unidirectional while AC (right) reverses direction at a fixed rate.

Edison’s DC power zipped through power lines at a constant 110 volts, giving it a relatively short range of transmission. AC, on the other hand, relied on transformers that could both step up the electricity’s voltage to efficiently transmit it over long ranges and decrease the voltage before it reached the end user.

After quitting his job at Edison Machine Works, Tesla received several patents for his AC technology. He soon sold those to George Westinghouse, whose company proceeded to focus all of its resources on marketing AC and compete directly with Edison. The Wizard of Menlo Park famously dismissed the merits of AC by spreading misinformation about its potential danger to the public, but ultimately was unsuccessful in preventing its mass adoption.

AC gained a significant advantage in the war of the currents when it was used to power the 1893 World’s Fair in Chicago. The event convinced Americans that the technology was viable and earned Westinghouse a landmark contract to install AC generators as part of a hydroelectric project at Niagara Falls. From that point, the AC system of power distribution went on to dominate the world.

Being well suited for low voltage applications, DC is still widely used. Anything powered by a battery runs on DC, making this form of electricity essential in the age of smartphones and other portable electronics. The rise of DC-powered electric vehicles (EVs) and solar panels will keep this technology relevant for decades to come.

But AC and DC are far from interchangeable, which is where converters (also known as rectifiers) and inverters come in to make our everyday lives simpler. Consider the work that converters perform on EVs as they get charged.

Today’s EVs come with an onboard converter that turns AC grid power into a DC charge that the battery requires. In a public fast charging station, the conversion happens outside the vehicle, and a greater amount of energy can be transferred directly to the battery to charge it faster.

An inverter does the opposite: it converts DC into AC. Solar inverters play a central role in residential solar power. As sunlight hits a photovoltaic panel, electrons become excited and begin to flow in one direction – DC current in action! Before that energy can be used in the home, an inverter transforms it into AC electricity that can feed our power outlets.

AC and DC will work together to power a clean energy future in which people may become increasingly energy self-sufficient. Net Zero Energy homes and buildings, which leverage renewable sources of electricity to give back as much energy as they consume, are becoming more prevalent in the US as state and federal government agencies set increasingly ambitious energy targets.

The next time you hear about concepts like net metering, which allows homeowners to sell excess solar energy back to the grid in exchange for credits, vehicle-to-home backup power, and home solar EV charging, you’ll know that DC and AC are being harnessed in revolutionary ways thanks to converters and inverters.

Photo by Matthew Henry on Unsplash