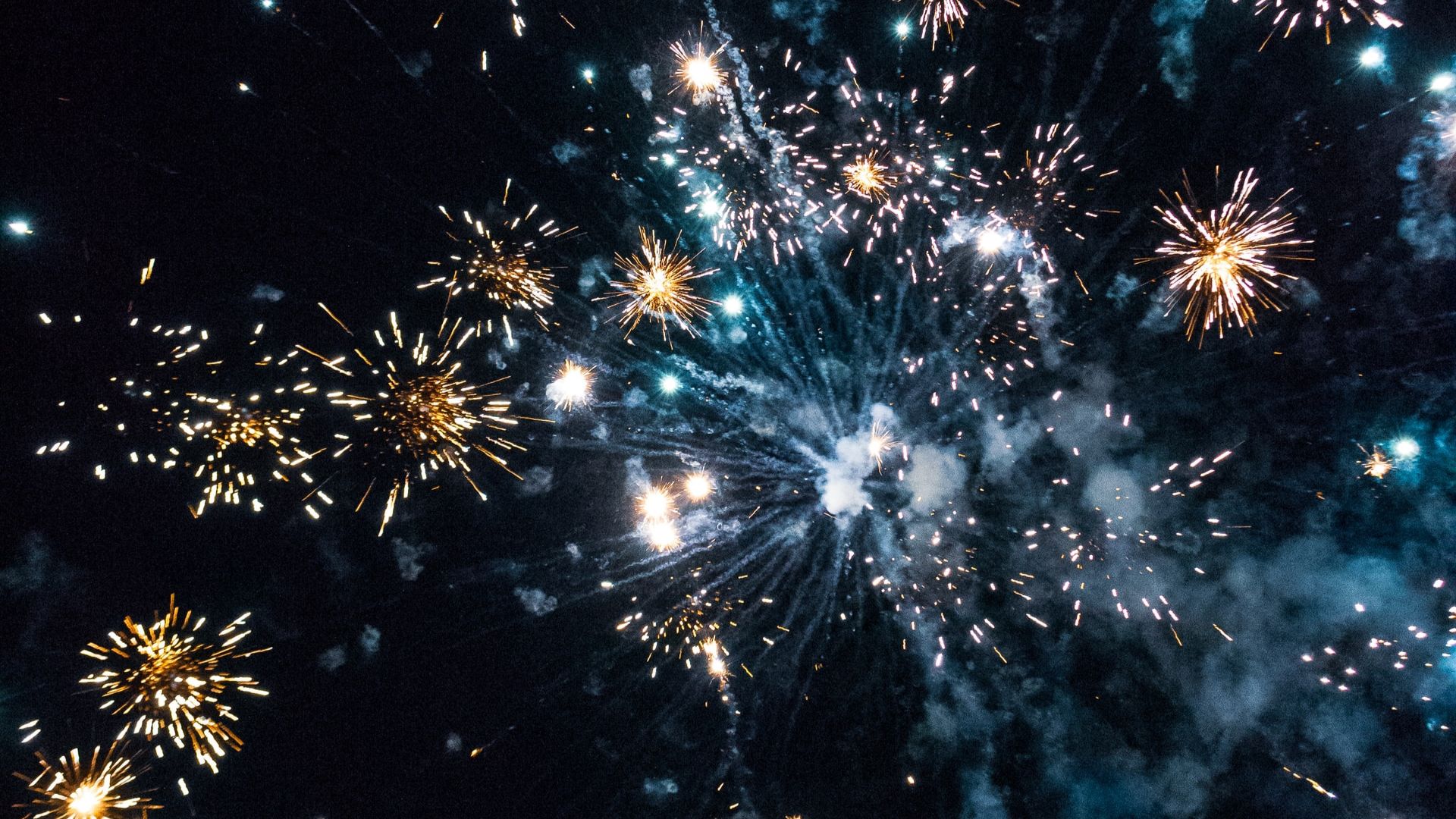 Fireworks are a big part of the 4th of July, but they come with some serious health and environmental risks. Drone light shows could be a safer and more exciting way to celebrate.

As the sun begins to set on the 4th of July, excited crowds will gather under fireworks displays all over the nation. They’ll be looking up to watch $1.5 billion (the collective budget for the cross-country smoke and light show) burst into a collage of colorful explosions that glitter across the night sky. Most won’t realize these fireworks will be doing far more harm — to our health and to our environment — than good.

According to the National Fireworks Association, fireworks are responsible for approximately 19,500 fires per year, leading to an estimated $105 million in property damage. Moreover, fireworks injure tens of thousands of people each year, with children being particularly vulnerable. In 2020, there were an estimated 15,600 fireworks-related injuries treated in emergency rooms across the country.

Fireworks also create noise pollution that disrupts sleep, disturbs wildlife and can be triggering for veterans with PTSD — not to mention the huge amounts of waste generated by spent fireworks. Oh, and they poison the air we breathe.

Fireworks release harmful pollutants into the air when set off and they can cause serious health problems for those who breathe them in, including spectators at the show as well as people living close by. Research has found that the air quality following 4th of July fireworks displays is significantly worse, as particulate matter 2.5 (PM2.5) increases. One such study published in 2020 found that Los Angeles County had a 40 percent increase in daily average PM2.5 concentrations on July 4 and 5.

Fireworks-related PM2.5 is a particularly pernicious pollutant and it can lead to a worsening of respiratory illnesses, including asthma, cardiovascular diseases and reduced lung function, explains Ajit Singh, an air pollution expert at the University of Birmingham in the UK. Singh and his colleagues recently conducted a review alongside literature on the health effects of exposure to air pollution related to fireworks. “In some of the studies reviewed, fireworks emissions were found to contribute to between 2 and 4 percent of total daily mortality in cities holding major events,” he says.

Even short-term exposure to PM2.5 from fireworks can cause both immediate and long-term health effects. In another study 40 percent rise in respiratory complaints in cities across India during Diwali, a festival that involves many fireworks. In some of the studies reviewed, fireworks emissions were found to contribute to between 2 and 4 percent of total daily mortality in cities holding major fireworks events.

People in the fireworks industry know there’s a problem. One company, Weco, has been trialing compostable fibers in its products and batteries made from partially plant-based materials. However, biodegradable materials are more expensive and not yet widely available. It can also take years of testing before new fireworks components can be deemed safe.

From bang to ban

Fireworks were invented in China more than 2,000 years ago, but now that country is phasing out pyrotechnics due to concerns about health and pollution; earlier this year, Beijing banned fireworks ahead of the 2022 Winter Olympic Games. The results have been dramatic. During the most recent lunar new year, a time when people traditionally set off countless firecrackers and fireworks, China’s capital recorded its cleanest air since it began monitoring air pollutants nine years ago.

With fireworks sales being restricted in more parts of the world, such as Germany, the Netherlands and Chile, and 4th of July shows in cities including Phoenix and Minneapolis being canceled for supply chain and labor shortage issues, the search for a more sustainable form of light show is on. After China’s ban came into effect, some people turned to so-called cold fireworks made of steel wool, which looks like a firework when it burns. Because they don’t have gunpowder, cold fireworks vendors often claim they are safe. But despite their name, these products can reach 2,000 degrees Celsius (over 3,600 degrees Fahrenheit) when set alight, and they too were banned after a viral video showed a man setting off a firework from the roof of his car, leaving several holes in his vehicle and in others parked nearby.

Bring on the drones

Fortunately, technology is providing us with a safer and potentially more enjoyable alternative to pyrotechnics. This year, more Americans than ever will celebrate the 4th of July with a new type of spectacle, one that can be synchronized to music while leaving behind no smoke or debris: a drone light show.

The benefits are clear: drones are reusable, quieter, produce no air pollutants and don’t cause burn injuries. What’s more, they can produce visually dazzling spectacles that would be impossible with fireworks. In 2012, the first drone art display took place in Linz, Austria. Five years later, tech company Intel celebrated its 50th anniversary with a synchronized display of 1,500 multi-colored quadcopter drones. The company went even further during the opening ceremony of the 2020 Tokyo Olympics (see below), when it launched 1,824 drones into the sky, replicating the Games’ kabuki-inspired checkered emblem before transitioning into a giant blue and white orb that represented planet Earth.

For the moment, Intel’s drones rely on pre-planned movements. But with advancements in processing power and the ability for drones to communicate with one another, Independence Day light shows will soon be able to self-organize and make autonomous decisions.

The ups and downs of drones

Drone’s aren’t perfect. They can be easily hacked, and there’s the risk that they could fall out of the sky and injure someone. In 2018, a drone light show over Hong Kong’s Victoria Harbour was canceled after the drones’ GPS signal was blocked, which led 40 of the 1,000 drones to come crashing into the water, causing $127,000 worth of damage.

Even with these risks, drone light shows are generally far safer than fireworks displays, and more and more cities are turning to them to celebrate special occasions. Sydney, which is famous for its New Year fireworks display, is now debating whether to replace fireworks with drone light shows after bushfires ravaged swathes of nearby wilderness in 2019 and 2020. Other towns in the US are already making the transition to drone shows ahead of the 4th of July.

When the Caldor Fire raced towards Lake Tahoe’s southern shore last year, it caused devastation to wildlife on a colossal scale. The fire burned 100 feet high and affected almost 90 percent of Eldorado National Forest in Nevada’s Eldorado Valley. Towns on the lake’s north side took notice. Three communities straddling the California-Nevada border are this year switching from a conventional fireworks display for the 4th of July to a drone light show.

“The conversation we had was, ‘Is throwing lit objects up into the sky in the height of the fire season the best thing for us to do?’” said Andy Chapman, president of the tourist bureau that coordinates the 4th of July show for Incline Village, Nevada, in an interview with Reuters.

Other communities may soon make a similar choice. “Our goal is to supersede fireworks,” the founder of drone light display company Celestial told Reuters. “What we’re trying to do is create something, creatively, more interesting, green because we use renewable energy sources and we don’t scare the animals.” Whether it’s due to air quality, fire safety or supply chain issues, the booms, bangs and crackles of fireworks could become fainter this coming 4th of July. Instead, the air will be abuzz with cutting-edge technology illuminating the night sky with jaw-dropping visual displays that take your breath away – just not quite so literally.

The most sustainable skyscrapers are made out of wood